Is there a more iconic monster in gaming than the zombie? From sci-fi narratives to modern-day shooters, it seems like they have infected every genre possible—and for many gamers, zombie-fever is simply not something you can sweat out.

There’s always a desire for more.

If you’ve got a hankering for some deadite action (that came out weird), we’ve gathered up 10 of the very best zombie survival games you can play, right now, in 2018.

Check out our other curated survival game lists!

Ever played one of those tower defence games on Newgrounds where there are hordes of zombies trying to breach your defences? 7 Days to Die is basically the first person version of that. Build and upgrade your fortress alone or with friends, scrounge the countryside for supplies and remember: there’s always another zombie behind you…

Recommended for: those who wanted Minecraft zombies to be a little more realistic. 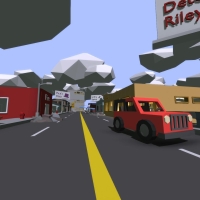 Take the blocky charm of Minecraft and the intense PvP and zombie combat of Day Z and you’ve got Unturned. A completely free zombie survival game which went through an explosive surge in players only a few years ago, Unturned is still going strong with regular updates that keep the game fresh and new even for experienced players. Not bad for a one-person development team.

Recommended for: those who wanted Minecraft to be a little more violent.

Why is it that the heroes of so many zombie stories just somehow know exactly how to survive? Well, in this game, you don’t. How To Survive is all about collecting the pages of a survival guide on an isolated island while desperately avoiding the rabid undead intent on forcing you to join their number. You’ll learn how to find food, water and shelter, as well as craft more than 100 weapons and tools to help you push through one… more… day…

Recommended for: crafting freaks and RPG-lovers

Being trapped on a beautiful tropical island might not seem like a nightmare… until you start adding in flesh-chomping freaks. Dead Island and its sequels are well-known for their eclectic weapon crafting system and their incredibly satisfying focus on melee combat. The story might not be stellar, but you’ll be too busy crunching zombie heads with an electrified sledgehammer to really notice.

Recommended for: fans of Vermintide, Dying Light or anyone who wants more crunch in their zombie survival game. 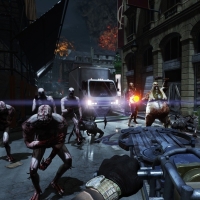 Ever wanted how many zombies you can make explode in a shower of blood and gore? Of course you have, that’s half the fun of zombie games, after all. But Killing Floor II takes that secret depravity inside all of us and makes it the focus of the entire game. There’s no crafting, no looting, no hunger or thirst to worry about: just unadulterated carnage for you and a few friends.

Available on PC, PS4, Xbox One 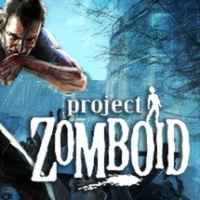 Life in Project Zomboid begins with the character waking up in their home… but that’s where the similarity to reality ends. Outside, zombies shuffle, desperately groaning and moaning for your blood and/or brains. You escape through a window, but not before grabbing your trusty bat and bag. Now, you are ready to run, hide, build, craft, loot and fight your way to survival—but Project Zomboid isn’t about survival. It’s about telling the story of how you died…

Recommended for: hardcore survivalists who don’t mind dying. A lot.

What’s better than zombie survival? Zombie survival in virtual reality. In most zombie survival games, you just click to blow the deadheads away. In Arizona Sunshine, you’ve got to load the weapon, cock it back, take aim and pull the trigger all by yourself. No digital help here.

Recommended for: anyone who has managed to score a VR headset, temporarily or otherwise.

So you enjoyed the crafting system of Dead Island and Dying Light, right? Nothing quite like smashing zed with a sword that can spit out fire and lightning at the same time. But now you want more—you really want to push the envelope. Dead Rising II has you covered. As Chuck Greene, you have only a few days to save your infected daughter… and a whole lot of zombies between you and the cure.

Recommended for: The creatively inclined who don’t mind a bit of whacky with their zombies

Take everything you loved about Dead Island and turn it up to 11. Visceral combat, gorgeous scenery, highly modifiable weapons… it’s even got the island setting. But don’t be fooled, this is no clone: Dying Light earns its name as one of the scarier zombie survival games out there as soon as the sun goes down, and also features one of the best parkour movement systems since Mirror’s Edge. The story isn’t half-bad, but the real meat of the game is when you have nothing but a bat, a horde of zombies and a whole lot of time to kill…

Recommended for: Anyone. Seriously, play this game if you like zombie survival games. It’s one of the best, despite the shitty story.

It may not be the prettiest game of the bunch, but Cataclysm: Dark Days Ahead easily has the largest and most robust crafting system in a zombie survival game in 2018. Play the game however you want: build an enormous walking fortress to explore the post-apocalyptic world, or construct a single stable base filled with NPC followers. Mutate your body, augment it with bionics, or just live off the grid in the wood with tools that range from lasers to stone knives. Truly a game that gives you player freedom—just watch out for the mi-gos.

Recommended for: those who liked Dwarf Fortress or Nethack

What zombie survival game are you playing in 2018? Let me know in the comments below!