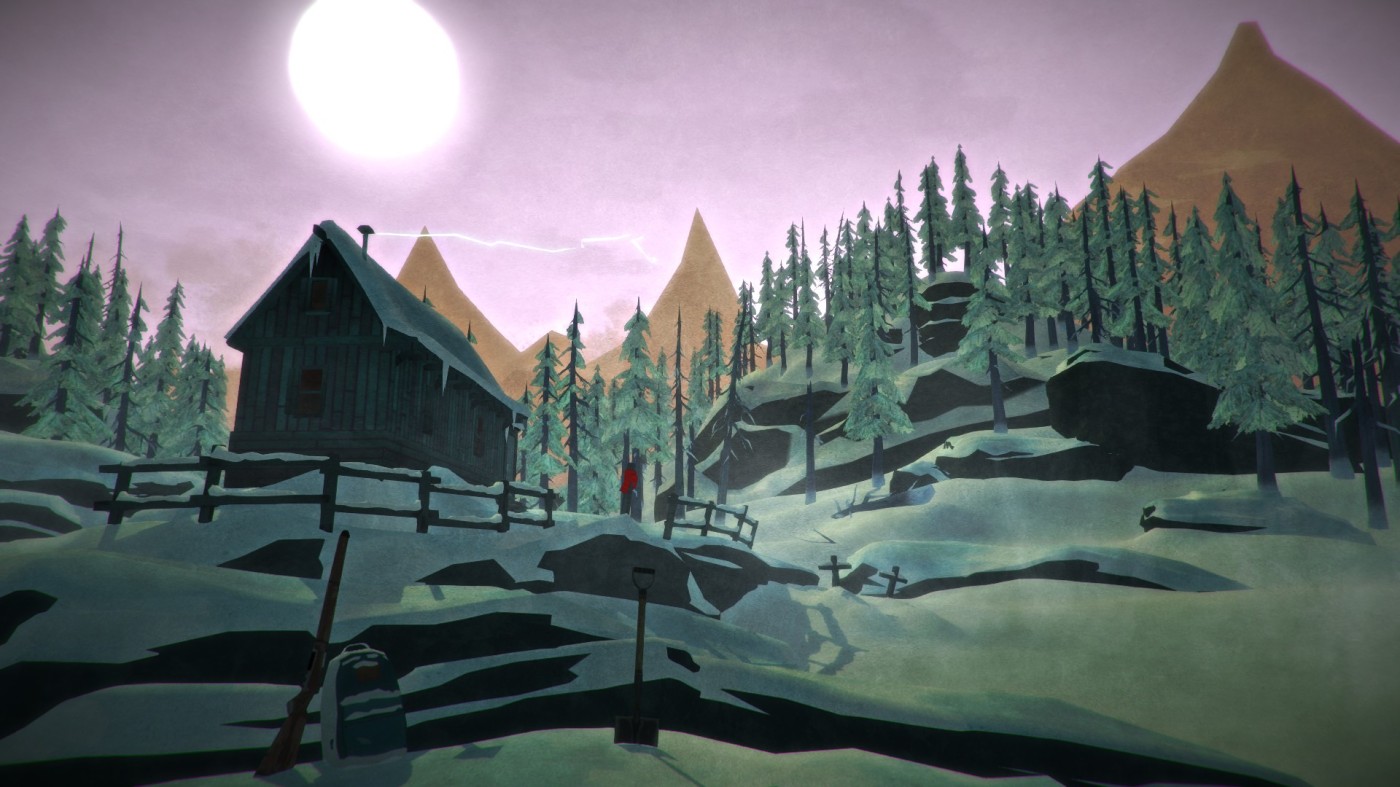 Quick Snipe o’ Shite is a quick and easy review series based on imparting as much knowledge in as few words as possible. Today, our quick snipe hovers its crosshairs over The Long Dark, the wilderness survival game from Hinterland Studio. 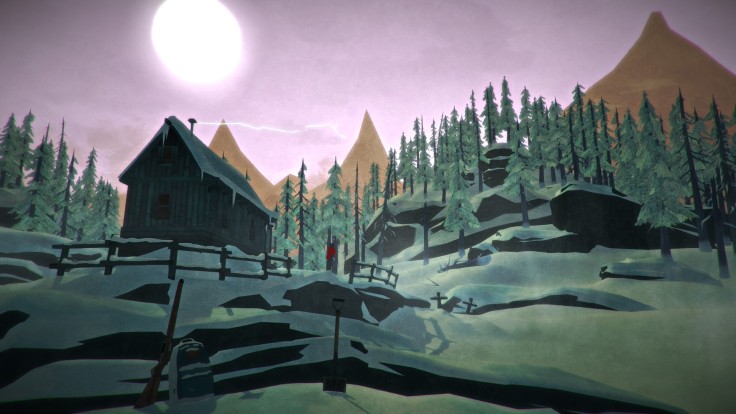 The Long Dark, at first glance, is yet another one of the many survival games that have inundated the market lately. You could be forgiven for passing over The Long Dark at first, but you would be missing out on an excellent game if you didn’t take a closer look.

To begin with, let’s look at a unique feature: The Long Dark features an advanced temperature mechanic as a major gameplay device: being stranded in the Canadian wilderness, you are going to get cold. Deadly cold. The game replicates this with windchill and clothing warmth and fires being a necessity and so on. Get too cold, and you will die. You also have to worry about food and water, the former including calorie levels, which will deplete with the more strenuous activity you do. Even sleeping will burn calories, so you have to keep an eye on that meter or else, you guessed it, you will die. Wolves also abound, and you have to avoid them too, or you will die. There are a lot of ways to die in The Long Dark, is basically what I’m saying. It is rare for a new player to survive for even a week. However, once you get the hang of the game, you will find a lot of enjoyment in pushing yourself beyond your previous survival time, finding new places to hole up, loot and hunt and new strategies to make those supplies last that little bit longer.

The art style of The Long Dark has got to be one of its main attractions. It is minimalist, but still manages to include and suggest a level of detail that is both immersive and visually pleasing. You see your characters breath fog up in front of you, and light particles drift through light shafts beaming through windows. The wolves manage to be terrifying even with these simple graphics, the look on their growling faces striking something deep in our collective unconscious, back to a time when man still lived in fear of a howling pack and a swift sharp snap of fangs. The game is beautiful, with bright orange sunrises and bright red sunsets, spinning snow and rushing wind, footprints in the slush and flickering flames in the campfire. There have been many times where I have simply had to stop rushing around and just appreciate the sheer gorgeousness of The Long Dark. it may be in Early Access, but this is one part of the game the devs have managed to nail first time.

The Long Dark has a particularly good sound repertoire as well. Snow crunches at you traipse through it, floorboards creak and wind howls, even the eating sounds are good enough to make you feel hungry. The music is also very apt, accentuating the feeling of desperate survival and ultimate loneliness. The barking of wolves and their hunting snarls are terrifying, but also serve a gameplay purpose of warning you that you have been spotted. Similarly, your character will occasionally smack their lips together when they are thirsty, or their stomach will grumble when hungry, or even shiver and chatter their teeth when cold. The Long Dark doesn’t go for lots of UI, though exact information is available if you need it, and a lot of the typical survival stats are indicated through these sounds. It is an elegant and very easy to interpret way of transmitting information to the player.

In its current form, the plot of The Long Dark is relatively basic: a geomagnetic disaster has ravaged the world, leaving humanity to fend for itself without any sort of electronic equipment. Not a single mention of zombies, thank God. The fresh story idea actually makes the world intriguing, and forces out all those classic post apocalyptic cliches that have become so dry lately. There will also be, at some point, a story mode as well as a sandbox mode, featuring a specific character, so hopefully the mystery of the world will also extend to the character as well.

The Long Dark is still in Early Access, and perhaps would warrant a The Future is Shite article under other circumstances, but the game feels so very polished and playable already that it warrants a review as a full game. Content is slightly lacking at this point, hence the Early Access label, but what there is is extremely enjoyable. The devs manage to tell little stories with their environments, using sights and sound to communicate the desperation and loneliness of this wilderness, the only reminder of humanity being the frozen corpses you find scattered about. Even with this depressing outlook, you will still want to keep coming back to The Long Dark to see if you can survive just that extra day, or try out that new strategy, or maybe you’ll get a bit more lucky with your looting this time around and finally find a gun.

Or maybe you’ll just get eaten by wolves on the first day again.

The Long Dark is currently available on Steam, so feel free to buy it, support the devs and enjoy yourself some winter survival. Agree with me? Disagree with me? Want to talk about video games with me like a pair of nerds? Like, comment, share, and feel free to call me a moron. Many people have.