The modern world is over-rated. Kick back and relax with these post-apocalyptic survival games, safe in the knowledge that while hunger, thirst and radiation could very well be the end of you, at least you won’t have to deal with social media and memes any more.

Get more survival suggestions from our other curated lists below. 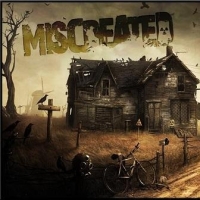 A violent war has resulted in widespread carnage, disease and hunger, leaving only a few million survivors worldwide. Those that manage to scavenge enough to survive are left at the mercy of well-armed bandits—or the mutated remains of their former neighbours.

Miscreated places the player in the midst of an open world with dozens of others, arms them with crafting and building mechanics to give them a chance, then lets them loose to sink or swim.

Recommended for: People who thought the removal of the zombies from Rust was a bad move.

It finally happened. The bombs finally dropped. Nobody knows who launched the first missile, but every side of the conflict suffered mutual destruction. As the nukes fell, some were lucky enough to be locked in specially-designed Vaults, deep underground—yourself included.

Now, many years later, you emerge into the wasteland of the Commonwealth to seek out the son that was stolen from you. You must contend with bandits, mutants, monstrous wildlife and the new radioactive reality of your former home—and with survival mode turned on, the basic needs of hunger, thirst and fatigue as well. The world might have changed, but survival? Survival never changes.

Recommended for: Current owners of Fallout 4 who have already completed the game, or those who would prefer to have the quality of life upgrades that come as part of a AAA title.

Available on PC, PlayStation 4 and Xbox One

You’re awake. It’s dark. You’re cold. You’re hungry. You don’t know where you are, or even who you are. Your only clue is a medical band on your wrist, but before you have the chance to read it fully, you hear a monstrous growl from close nearby. You need to go. And fast.

NEO Scavenger pitches the player into a wasteland of a world with little care or mercy for you. Every day is a struggle to find water and food, and to avoid the mutated (and vicious) wildlife that now roams the majority of the land. Last long enough, craft yourself the powerful weapons, armour and tools that you need, and you might get the chance to discover where you are… and who you are.

Recommended for: Fans of strategy, cyberpunk aesthetics and depth that makes every new playthrough unique.

Available on PC, Mac and Linux 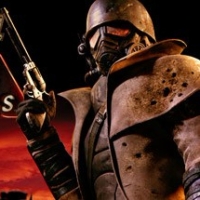 Some bastard shot you in the head. No, seriously, they put a bullet right into your brainbox. You can still feel that sharp burst of pain even now, and the bright light and sudden dark that followed. But it takes more than a headshot to keep a good Courier down. After all, you still have one last delivery to make…

Fallout: New Vegas is widely regarded as one of the best in the Fallout series, and possibly one of the best games that Bethesda has ever published. The baseline game itself is legendary, but becomes a post-apocalyptic survival simulator too with the addition of hardcore mode. Now you’ll have to fight off hunger, thirst and fatigue as well as the marauders and mutated Radscorpions on your way to New Vegas. As if the Mojave Desert wasn’t bad enough already.

Recommended for: Current owners of Fallout: New Vegas who have already completed the game, or those who want a light survival experience with a great story at the same time.

Available on PC, PlayStation 3 and Xbox 360

Pffff. Vaults? Bunkers? These are for tiny girly-men with no pride. No, true Russian patriots need nothing more than a strong will, an automatic weapon and the Moscow Metro over their head. The world above might be destroyed, it might be irradiated, but down here, we are safe. One day, we will return to the world above to reclaim it from the monstrosities. But for now? We must simply survive.

Metro 2033 is a linear adventure game set below the ruins of the Russian capital after a devastating nuclear war. You play as Artyom, an adventurer who discovers a deadly threat that will send you far from the home you are dedicated to protecting. Along the way, you’ll fight with and against a plethora of characters and creatures, all the while desperately scavenging for the weapons and ammo that will let you travel that little bit further towards your ultimate goal.

Recommended for: Those who like scarcity of resources in a survival game, but don’t want to deal with hunger and thirst as a mechanic. Also, anyone who enjoys an excellent linear story.

Available on PC, Linux, Mac, Xbox 360, PlayStation 4 and Xbox One

In 1986, the world saw the most devastating nuclear disaster to date. The Chernobyl nuclear power plant failed, heavily irradiating the nearby area and prompting the Russian government to secure a large Exclusion Zone around the stricken reactor. A few years later, a second explosion caused the “Zone” to expand even further—and that’s not all. The expansion brought with it strange, mutated creatures, waves of radiation, and powerful artifacts seemingly created from the anomalies that now dot the landscape.

Some entrepreneurial minds saw this devastation and saw opportunity. The artifacts collected by these mercenaries, soon named STALKERS, commanded an enormous price outside of the Zone, and quickly became a lucrative commodity for those brave enough to seek them out. The player is one such STALKER—but with a significant difference. You have lost your memory, and all you have left on your PDA is a single mission: Kill Strelok. Who was Strelok? How did you get here? What is happening to the Zone? Get out of here STALKER… you must find out for yourself.

Recommended for: Those who wants something similar to Metro 2033, but with an open world rather than semi-linear levels.

You didn’t like mushrooms even before they started bursting out of people’s heads. The cordyceps infection ended pretty much everything that could even be vaguely referred to as “normal”, reducing the population to a very clear case of us and them: us being the few remaining uninfected humans, and them, being the fungo-zombies.

It seems hopeless, especially for protagonist Joel. He lost his home, he lost his family, and now he’s struggling just to put together enough ration cards to make life worth living. But, quite unexpectedly, a little hope falls into his lap in the form of a young girl called Ellie. She, and her rebel Firefly allies, seem to think that she could be the answer to the infection. She is, after all, immune to the ‘ceps. Now, you, in the shoes of Joel, will have to take her across the decimated United States to the Firefly base and hopefully earn back even a small chance for humanity to recover.

What’s your favourite post-apocalyptic survival game? Let me know in the comments below!