Read more: Which is the more successful XCOM expansion: Enemy Within or War of the Chosen?

And that’s just the major stuff. It’s ludicrous the sheer amount of stuff they’ve packed into this title—it’s like playing an entirely new game. 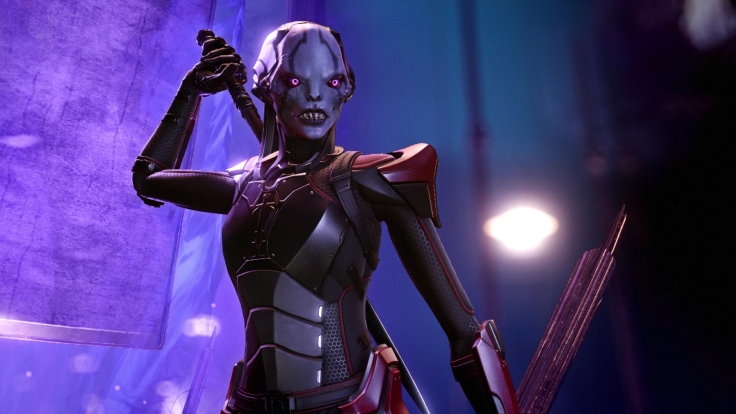 Most notable of these new additions are the Chosen themselves; the 7-foot tall monstrosities that like to capture your troops, sabotage the Avenger and generally make your life as difficult as possible.

You’ll encounter these purple creeps on both the tactical and the strategic layer, and they change the gameplay of both completely. Mostly for the better.

On the tactical layer, they act as big-daddy-dick boss creatures that bring a whole heap of advanced equipment and nasty abilities to the table. Each of the three cause different kinds of headaches:

And all of them require different tactics to overcome. If you’re about to venture onto a mission where they could give you the jump, you’ll need to pack a special selection of troops and equipment to counter their baseline abilities, as well as their randomly-generated strengths and weaknesses.

It makes you rethink your squad makeup, and in a game where repetitive play was a regular encounter, that can only be a good thing.

Meanwhile, on the strategic layer, the Chosen can also make your day that much worse by reducing your monthly income and attacking your havens directly.

These new hurdles bring a freshness to the boring strategic layer. While you’ll still be clicking and scanning with the Avenger just like in vanilla, now you have to start considering which Chosen you want to take down first to save your income, in which territory you want to operate with missions and which scanning sites will benefit your battle against these new children of the Elders.

Through The Chosen, you get:

And all of them help to bring diversity to a sometimes-repetitive game.

The Lost (and other new enemies)

If the Chosen weren’t enough, you also have to contend with a slew of new enemies as well. ADVENT gets a few new pieces of target practice, but it’s The Lost that really steal the show.

These zombie-like remnants of the population infest certain maps. The maps themselves are brand new, giving us a peek into the abandoned cities of the Old World. However, they can also appear on any map as a result on the new SITREP system, which adds new twists on any mission ranging from Lost appearing to only certain ADVENT troops being present, and so on.

It’s The Lost that really steal the show.

The Lost run and smash and bite you at every opportunity. However, they also attack ADVENT: there’s no love lost for these undead, apparently.

Their strength is in their numbers, and you’ll generally encounter dozens of them on any given mission—and explosives just attract more. If that made your butthole clench up just a little bit, don’t worry: if you manage to kill one in a single hit, your action gets refunded and you can take another shot at a new target without penalty.

This results in a lot more emphasis on ammo efficiency and positioning; essentially a whole new way of playing the game. On missions where there are only Lost, you won’t be worried about getting behind cover, but rather getting distance. Overwatch traps aren’t as useful anymore, and moving can result in you missing out on a reload—something which can easily result in a dead solider when the Lost are around.

By adding The Lost, 2K have basically introduced a whole new faction to the game; a faction that needs a whole new way of thinking to combat properly.

XCOM isn’t alone. The War of the Chosen introduces a set of three new resistance factions: the Reapers, who like their aliens like they like their steak: on their plate; the Skirmishers, ex-ADVENT troops who somehow managed to break free of the Elders; and the Templars, wild, psionic troops who dual wield “shard blades” that look suspiciously like Halo energy swords.

Each of these factions will give you one of their soldiers, each of whom have a set of new abilities. The Reapers are masters of stealth and put your Phantom Rangers to shame, while Skirmishers can move around the battlefield like monkeys that found a grappling hook, and Templars sacrifice all grace for sheer power, teleporting and sprinting across the battlefield to #rek aliens and suck up their psionic power.

The soldiers themselves give you some great new abilities to play around with—and you’ll need them to fight the Chosen—but the resistance factions themselves also play a big part in the strategic layer.

Through Resistance Orders, earned by building up trust with each of the factions, you can give yourself some nice bonuses both on and off the battlefield. Reapers might give you the ability to kill Lost more easily, while Skirmishers can intimidate the Black Market into giving you better deals.

You earn this trust (and find the Chosen strongholds) by completing Covert Ops; timed strategic missions that you send two or three of your troops on, effectively putting them out of action for a few days. During this time, they can develop new skills, increase their bond level (more on that later) and complete the mission objective and get new scientists, engineers, ability points, trait upgrades, and so on.

Finally, the factions themselves will sometimes call on you to help them with problems—normally extracting or rescuing an important person from a dangerous spot. These aren’t usually all that different from regular missions, though often they have a twist.

For every Chosen, there’s a faction soldier, and a resistance faction willing to help you. This gives you new direction on the strategic layer and new options on the tactical too.

It opens up new possibilities, rather than just rushing certain techs and scanning sites or only playing with a special set of soldier combos.

XCOM soldiers get a new training system, as well as ‘bonds’.

The new training system refers to the way that soldiers now gather experience points. Rather than there only being a binary two-part tree every promotion, your troopers can now earn points by performing certain actions on the battlefield. Flanking enemies, shooting from a height, that sort of thing.

These points can then be used to purchase skills. You still get a choice at promotion, but if you wanted to go back and get the other skill as well, now you can. In addition, you get solider-unique unlocks as well in a third skilltree.

You can pour every skillpoint you earn into a single, promising soldier to make them into something incredible, or you can make sure that every single one of your Specialists can hack and heal. The randomised nature of the third skilltree helps to make every soldier unique as well.

It’s an addition that takes one of the more annoying parts of XCOM—the binary skill trees and the often unbalanced nature of that choice—and removes it elegantly. Now you can have a few troops who are elite not just because of their rank, but because of their abilities, or a broad range of more average troops that allow you more playstyles.

Now, onto bonds. If you’ve ever ‘shipped a pair of your soldiers, there’s now a mechanic for that! By spending time on resistance missions or regular combat scenarios, there’s a chance for your troops to develop a bond. This is an indicator that they’ve developed a kind of friendship, understanding or even a relationship: how you decide to interpret it is up to you.

By developing these bonds, you can have a pair of soldiers that can grant each other free actions in the field, work faster on resistance missions and generally just improve their performance in a few small ways. It’s not just roleplay value; you get real gameplay advantage out of pairing people up as well.

Through the training and bond system, you get more unique soldiers, more choice and some nifty new ways to ship your characters CANONICALLY.

This isn’t to say that War of the Chosen is all great. There are some shite bits that detract from the experience.

Firstly, there’s a heap of new bugs. Not unheard of for a new game, but disappointing nonetheless. There have been some performance upgrades, which is great, but the bugs kinda dampen that awesome.

Second, there’s still some balancing to be done. Some abilities remain just outright better than their counterparts, and now that has also spread out to the Chosen and the faction heroes too. Some Chosen weaknesses are easy to overcome, others practically impossible, and the new faction hero abilities, while cool, are often very circumstantial in their use.

The Warlock, for example, becomes laughably easy after you research Mindshields. On XCOM’s end, the Skirmisher is generally pretty underpowered in comparison to the Templar and Reaper—at least to begin with.

The factions come to you for help and give you troops, but it still feels like they don’t actually do anything.

Third, there’s still no real feeling that you’re just one part of the Resistance. The factions come to you for help and give you troops, but it still feels like they don’t actually do anything. They don’t conduct their own missions other than the ones you help out with, and other than a few radio broadcasts it doesn’t feel like they’re doing much of anything at all.

Fourth, there’s still a significant “That’s XCOM Baby!” involved. A single shot can ruin your entire mission if you’re unlucky, or even your entire campaign. This is solved a little with the introduction of the game modifiers (namely Beta Strike, which increases everybody’s health and stops soldiers and aliens being killed in one hit), but it is still a big problem for the base game.

Lastly, there’s the narrative. War of the Chosen brings in some new story points, characters and backstory, but that’s about as far as it goes. You get a single new mission (other than the Chosen strongholds) completely dedicated to the narrative, and even then it doesn’t really add all that much to the plot; it’s more of an introduction to the expansion (like a tutorial). 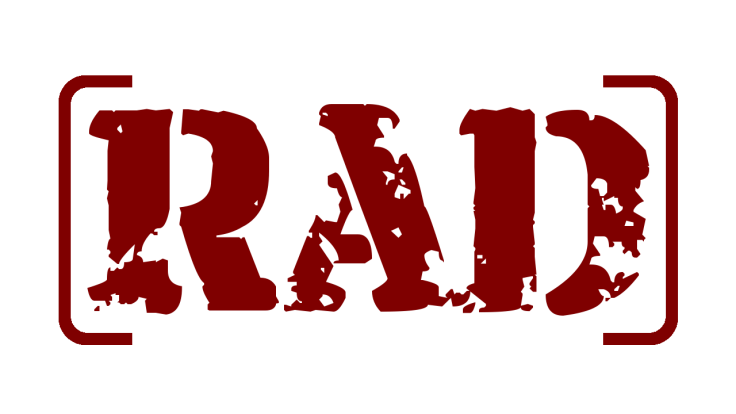 Despite the lack of rocket punches, War of the Chosen manages to add just a ludicrous amount of solid content to an already excellent game.

The Lost give you entirely new kind of enemy and forces you to consider new tactics to defeat them.

The XCOM upgrade and bond system lets you customise your soldiers in new, gameplay-oriented ways.

Finally, the narrative change, as small as it is, brings back the mystery to the franchise—an excellent lead up to the inevitable sequel.

All in all, War of the Chosen is about as RAD as you can get.

One thought on “XCOM 2: War of the Chosen Review”